The Bone Labyrinth by James Rollins

I’m a huge Rollins fan for his ability to take a snippet out of a news story and turn it into masterfully crafted novel. While I’m a fan of the Sigma Force characters, it was mainly Kowalski that earned a place in my heart for fictional characters due to his relationship with Bacco (sp?) the gorilla. Tough as nails Kowalski is brought into a case to become a sign language translator for Bacco, and as man and beast bond, it is a relationship that warms and encourages those who enjoy relationships between humans and animals. I choose to listen to the audiobook version of this since I have been trying to get around to it forever. However, the narrator, while great at enunciating accents and the individuality of the characters throughout the story, he otherwise possessed a rather monotone voice that honestly put me to sleep a few times. I probably won’t read another Rollins book via audiobook for this reason, and the fact that so many details get lost in the listening that would otherwise be the point of focus in the written word. Regardless, I enjoyed The Bone Labyrinth!

View all my reviews

Sounds like the header for a tabloid news paper, doesn’t it?  In reality, or subreality(?), this is what played out in my subconscious two nights ago as I was tossing and turning in bed.  Sleep is supposed to be restful, however I play out a whole other reality in my sleep.  This particular sequence is played out in 3 different parts or phases, none of them connected, but equally action packed. 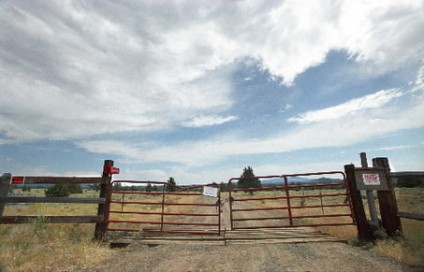 The end of the free world began shortly after a famous celebrity was put behind bars for a little DUI incident.  The threat of an apocalyptic war loomed on the horizon, in which chaos ensued and the governmental system collapsed.  Loyalists swept through the nation, arresting anyone who was in complete rebellion of the new “system”.  A “make-up-rules-as-we-go” system.  Meaning you could be arrested for anything and everything.  I was one of those arrested.  Then came the prisons.  Since the “judicial” prisons were already filled to capacity, mobile homes and trailers and any type of small out building were set up as prisons.  Armed guards were posted at each mini-prison round the clock, with the exception of shift change, and even that was sparse.

My prison was a single-wide mobile home in the middle of no where. Dirty, peeling linoleum floors. Bare wood paneled walls.  The cliched “bread and water” meals.  Just when I thought it couldn’t get any worse, it did.  I was given “room mates”.  The infamous celebrity who had little care for authority or reason…well…she became my new “best friend”.  Her ability to anger the guards at every turn astounded me.  I tried reasoning with her to stop freaking out and to be normal and not cause any undue attention to turn our way.  Alas, she never listened.  On the last occasion that I saw her, she had a crazy idea to bring the guards’ barbecue grill into our prison during shift change and grill up some of their fare.  Bad bad bad idea.  But with her knack of getting into trouble, I wasn’t surprised, except I didn’t want to be in this.  I begged her not to do it, to put the grill back, to no avail.

And this is when everything exploded in a flurry of events.

A group of insurgents burst through the door, at the moment when the guards should have returned.  They issued the invitation to escape with them under the cover of dark.  I jumped at the chance.  My roommate opted to stay behind.

My new found rescuers rushed me along a fence line, urging me to stay low and to make no sound.  We noticed lights from a small farm house in the distance.  We could hear a search team pursuing us from behind.  Many in the group wanted to head toward the house and stay there for the night, until the search for our escape was over.  But everyone knew, during this time of pre-apocalyptic war, that seemingly innocent farm houses with warm beckoning lights were anything but.  Anyone not captured by the Liberalists were spies for them.  And those were the types of people that took up residence in seemingly innocent farm houses.  This was a bad idea, and I knew it.  However the insurgent group’s leader was swayed by the majority of our group to take over the house.  I followed them, unsure of where else I would go.

Spotlights threatened to reveal our cover.  Our small rebellion weaved our way through a fence and crawled for the longest time toward the house.  Lights were on in nearly every room in the house.  It had to be occupied.

Silently making our way to the back of the house, the leader of our group eased himself through the back door, after picking the lock.  Doing a quick sweep of the perimeter he determined it was safe, and he called us all in.  I kept thinking that we should turn off the lights, so that our cover wouldn’t go noticed by the search team.  However, not one in our group seemed concerned about this.

Some of the guys in the group started raiding the pantries, laying a bounty on the table.  It had been weeks, even months since any of us had had a decent meal, let alone supplements.  My eyes kept darting toward the doors, the windows, knowing that we were going to be found.

As I began to let my guard down, the guy sitting to my left, at the end of the table, slumped over suddenly.  I looked up, and there was a person standing in the shadows wielding a crow bar.  Blood pooled on the table before me.  Disorder ensued.  Another individual appeared before the first shadowed person.  I screamed.  Our group’s leader drew a sawed off automatic shotgun.  The second individual, who obviously had a death wish, launched himself at our leader, slamming a crow bar into his body, the gun flying out of his hands.  I panicked and grabbed the gun escaping out a side door.

I began running through the darkness, not knowing which direction I was going, or even what I was going to.  I just knew I had to get out of there, away from those trying to kill me and enslave me. 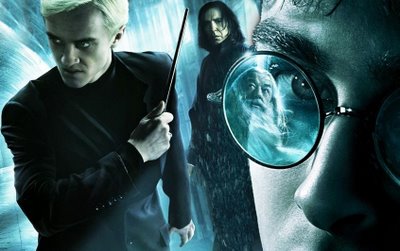 I was driving down the highway in the country when I noticed several fields were on fire.  And a short, old man that was familiar to me was standing at the edge of one of them, a wizard’s wand glowing in his hand.  I watched as he cast his wand setting another field to a pre-fire ember, unbeknowest to my presence.  I realized I had to get help.  I drove to a relative’s house a few miles away, who I knew would believe me, because he knew this particular individual.

I drove as fast as I could, hoping that the little wizard man still hadn’t noticed me.  As I raced down another country road, I saw the path of destruction that he had already been privy to.  I pulled out my cell phone and called my relative.  I relayed to him everything that I had seen, and that we were all in danger of these fires that were spreading over the country side.  He sympathized with my concern, but didn’t think there was anything we could do at the moment.  I urged him that we had to, because his field had already been attacked with the fiery embers, and the surrounding fields were next.

We decided the best place to form a battle plan was at our grandparents old house up the road.  We, as well as several others in our family and community met there.  The fire departments had already been called and dispatched to the fields that were burning.  Smoke filled the horizon.

Then the little wizard man appeared throught the clouds of smoke waving his wand toward us.

We had to fight back.  There had to be a way to combat this otherworldly attack! 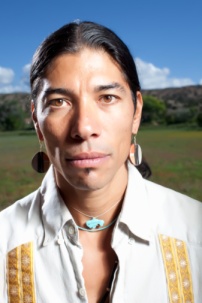 It was raining and I was running late to the gym.  I had left my gym clothes at the gym from the day before, which was contributing to my lateness.  As I walked to the entrance of the gym, there were huge puddles everywhere, and there in one of the puddles amidst trash were my gym clothes! I was ticked and frustrated that they would do this to me! I gathered them up and rushed into the gym, anxious to find a dryer in the built in laundromat.

I had to make my way up several levels of the building on ancient escalators to reach the laundromat, because it had apparently been moved since my last memory of it.

To make the snail’s crawl of the escalators go faster, I started running up them.  I was going to be late if I didn’t get my clothes dried.

As I was racing around a corner to the next level I nearly careened into a Native American couple and their four tween children.  I apologized profusely when the man turned to me with shock and awe on his face.

I searched my mind for some recollection of him, but found none.  I apologized again, that no, I didn’t remember him.

“We spent summers together, in the country, at your grandparents’ farm.”

Suddenly long-buried memories assaulted my senses and I was transported to a time when two kids, merely young teens, spent hours wandering the farm, talking and laughing, and making plans for the future.  These weren’t my memories, were they?  As surely as this thought flitted through my head, his eyes met mine, and I knew that it must be so.  The memory of when we confessed our love to one another as two headstrong kids ready to take on the world (and our families).  Sadly that memory ended with his elders ripping him from his summer haven and our plans for a life together.  That was the last time I saw him.

His eyes held sadness, yet a wisdom that had been missing from his eyes of youth.

He turned and put an arm around the young woman standing next to him, eyeing our brief exchange. “This is my wife.  And our children.”  I didn’t hear her name, or their children’s names as he spoke them.

I said how nice it was to see him again after all these years.  A cordial goodbye was issued from his lips as well.

As they descended the escalator, I couldn’t help but wonder what could have been.

I write about whatever strikes my fancy. I'm a lover of Jesus, my husband, coffee and tea, books, vintage vinyl, art, and fandom.